The allotment judges will be doing their rounds soon so I assuaged my post-referendum bleakness with a weekend of tidying. It’s not so much a desire to ‘win’ – more a sense of wanting my beloved huerto to be looking her best. 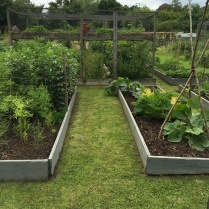 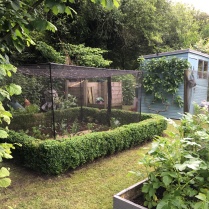 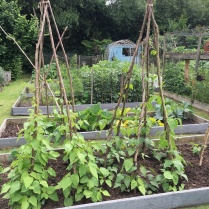 The peas and beans are finally taking off and I trimmed the box hedging so it looks nice again, despite what I had feared was blight but now appears to be regrowing. And the flowers are also starting to smile bravely, in between showers (sometimes hail).

The standard gooseberry seems well recovered from the trauma of an overloaded branch breaking, while the quince tree needed a severe pruning to stop it taking too much space – only a few fruit on it this year, due I think to the flowers being badly frosted. 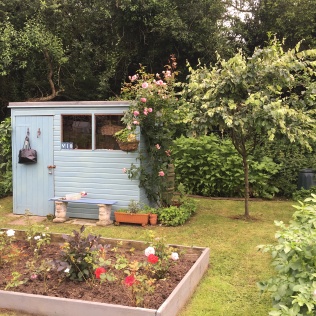